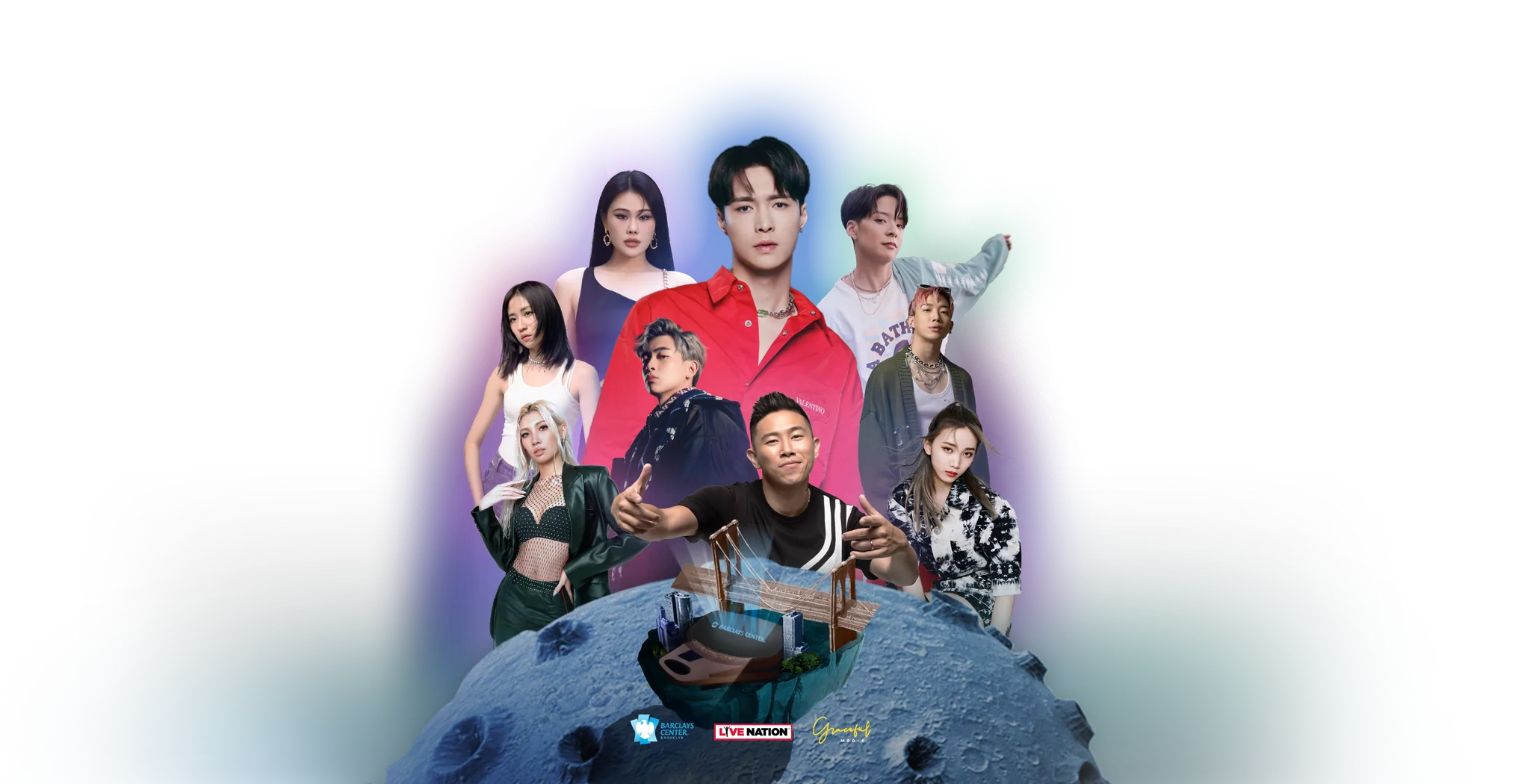 The inaugural MetaMoon Music Festival founded by Graceful Media, supported by Live Nation and hosted by MC Jin was held in the heart of Brooklyn’s downtown at the Barclays Center, a premier sports and entertainment venue on Saturday November 26th at 7:00pm EST.

The festival as explained by MC Jin, the event’s MC and host for the evening, can be broken down as follows:

Meta according to Merriam Webster as an adjective means “showing or suggesting an explicit awareness of itself or oneself as a member of its category : cleverly self-referential” as a prefix “change : transformation or [metaphysics] : more comprehensive : transcending—usually used with the name of a discipline to designate a new but related discipline designed to deal critically with the original one”

Moon according to MC Jin symbolizes the unity of all people within the audience and the greater world who exist within the same space and beneath the same moon.

Together it means that this festival is about awareness through music and unity of cultures while celebrating Asian excellence especially.

Further explanation for the event’s significance was provided in this Billboard article with the founder of Graceful Media and the Regional President of Live Nation,

“MetaMoon Music Festival’s mission is to bridge the gap between Asia and the US and showcase the fact that  pop culture and music are universal languages that can foster a stronger understanding,” said Grace Chen, founder of Graceful Media. “The Asian community has historically been underrepresented in American entertainment and media, and MetaMoon hopes to be that cultural exchange that shines a light on such talent, their stories, the fans and overall Asian excellence.”

“The inaugural MetaMoon Music Festival will inspire and create new and exciting opportunities for many of today’s Asian artists, from both here and abroad, to shine brightly, and engage their fans in this epic and unforgettable event.”

The lineup featured a variety of seasoned entertainers and those new to the stateside performance scene. Fans of the various artists featured in the festival traveled from as far as the United Kingdom, Germany, Australia, Japan and Taipei to demonstrate their support.

Many artists incorporated a live band into their set with incredible harmonies heard on synthesizer and keyboard, bass and electric guitars and electric pulsating rhythms on the drums.

While some technical difficulties occurred with sound and set up, live audio engineers quickly worked to resolve issues, keeping the energy of the night’s event in high spirits from beginning to end.

Throughout the night between sets MC Jin and DJ You Love Poon kept the audience engaged with participation games like “Sing it Like You Know It,” “Touch it Game,” and “On the Nose” where members of the audience could win prizes of products offered by participating businesses featured in the MetaMoon market and local area. Businesses ranged from clothing to skincare to alcoholic beverages and food stuffs all displaying the versatility of Chinese and broader Asian commerce.

Most notable throughout the performances was the “code switching” used by many of the featured performing artists. Each and every performer greeted the listening crowd in familiar Cantonese, Mandarin and English. Musically the same “code switching” occured between traditional elements of music instrumentation and language to stylistic elements of music genres and dance styles known to the Western and specifically Black American music listener. There was an ease in “code switching” and culture fusion by all involved, especially DJ You Love Poon who incorporated a mixture of 90s RnB, hip-hop, island/Caribbean, house, EDM, and K-Pop music during dance breaks and audience participation games.

Between songs artists engaged the audience in conversation about their set, their thankfulness and gratefulness to be there performing and stories about their relationships with their fans.

MetaMoon attracted a multigenerational crowd of families and friends with a range of  single digits to the mid upper echelon.

All in attendance could no doubt appreciate the celebration of Asian excellence and the chance to commune cross culturally and linguistically in a shared space. We hope for many more experiences for cultural exchanges that inspire such awareness and unity for many many more moons to come.

Look out for commemorative merchandise coming soon to our gift shop!

This work is licensed under a Creative Commons Attribution-NonCommercial-ShareAlike 4.0 International License.